The participant explores two very distinct areas of downtown Brooklyn: the small business area on and around Fulton Mall, and the privately-owned-public-space called Metro Tech Commons.

While experiencing highly contrasted versions of what public life in NYC can be, the participant learns that the city has passed the Downtown Brooklyn Development Plan to encourage more towering office and residential construction in the area, expanding the Metro Tech complex into the low-rise Fulton Mall area.

Through narration and interviews with area residents, activists and shoppers, this walking tour asks the listener to consider the anti-democratic nature of this urban planning process and the proposed plans effect on street and community life, while beginning to imagine the kind of public space and city they would like to live in. 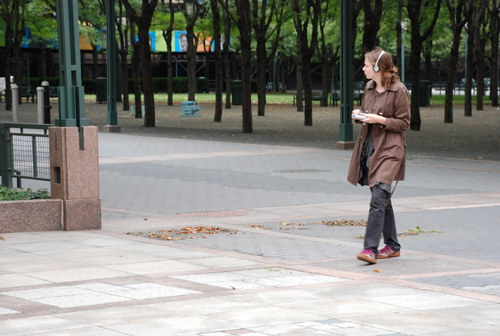