A conference about pr0nnovation?
According to a study by Simon Smith, more than 800 items were registered with the United States Patent and Trademark Office as sex toys between 1840 and 1997. Among them was a condom with a built-in computer chip that can play music. Progress?

Is it going too far to assume that research in nanotechnology and genetic engineering will be influenced by our sexual needs. The surgical modification of sexual organs is no longer something very unusual.

The question is not whether these technologies alter humanity, but how they do so. 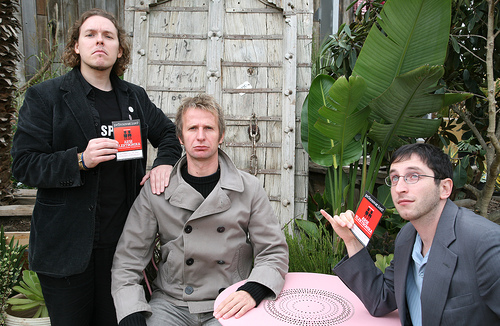