Silence is an extensible language, based on Python, for programming music and sound. It supports algorithmic composition and algorithmic synthesis at high levels of precision, abstraction, and musical power. I created Silence to make “tape music” with no compromises, but you can also use Silence to build customized software instruments for live performance.

This makes it possible to write compositions or instruments as Python programs that perform at the speed of C++. Silence runs in any Python interpreter; as a stand-alone program with a modest graphical user interface; as a Mathematica extension via JLink; and as a VST plugin. As a VST plugin, Silence generates scores, runs as an effect processor, and runs as an instrument. 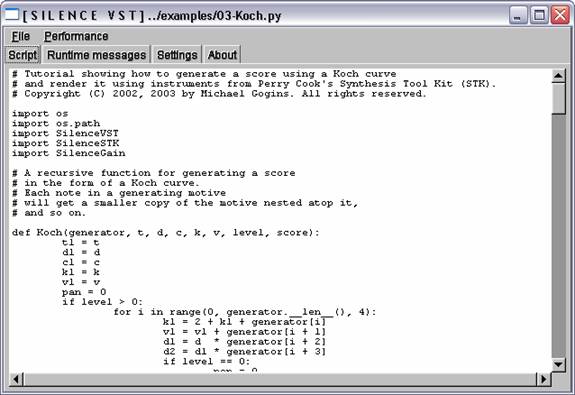