“Goodbye Privacy” is the theme of this year’s Ars Electronica, the festival extraordinaire of art, technology and society in Linz, Austria. September 5–11, 2007, the focus will be on these late-breaking phenomena of a new culture of everyday life being played out between angst-inducing scenarios of seamless surveillance and the zest we bring to staging our public personas via digital media.

In Ars Electronica’s inimitable fashion, elaborations in the form of symposia, exhibits, performances and interventions will proliferate beyond the confines of conference halls and exhibition spaces, and spread across the whole city.
Artists, experienced network nomads, theoreticians, technologists and legal scholars will approach this year’s theme from quite different perspectives:

* What do we have at our disposal to counter the intrusions of control and surveillance technologies?
* How can the new cultural paradigms of Web 2.0 communities be made to generate social dynamics that can also display relevance in the real world?
* How can we prevent the loss of individual control over our digital personas?
* What sorts of new strategies are there to reinvent privacy in the transparent world of digital media?
* How can we shatter the pre-configured virtual public spheres of the entertainment industries and mold new ones ourselves?
* How can we bring the entire cultural diversity of our societies to bear in these newly emerging public, social realms?

Regardless of whether this is a matter of the interior spaces and city squares of the real public sphere or the new public domain of digital networks-the network of cameras, biometric sensors, RFIDs, log files, Trojans, etc. is becoming ever more tightly woven. Immense databases and highly developed algorithms automatically interlinking and evaluating all these traces consummate this new dimension of surveillance. But it’s not just the depth of field and high resolution of this digital reconnaissance that’s significant in this context; it’s also the fact that access to the necessary technologies and the compiled data is increasingly shifting out of the purview of official state-authorities and into the hands of commercial and individual interests.
And we thus find ourselves once again in a state of peculiar ambivalence: Showcasing ones customized persona, staging ones own image is the order of the day. Go public and feature yourself or its GAME OVER! The individualization and personalization of online media once constituted a countervailing world juxtaposed to the formula-driven, homogenized public sphere of the electronic mass media, but in the age of Second Life,MySpace and YouTube, individualization is now mainstream and the search is afoot for the next upgrade, for what awaits us in the aftermath of the self-invention/self-promotion hype of the Web 2.0 epoch.
Once we dismiss the cul-de-sac of a purely rejectionist stance and get on with the search for suitable forms of subculture, things start to get interesting indeed. After all, the Digital Revolution is something with which we’ve grown quite familiar, but what in the world might be in store when the Digital Rebellion breaks out? 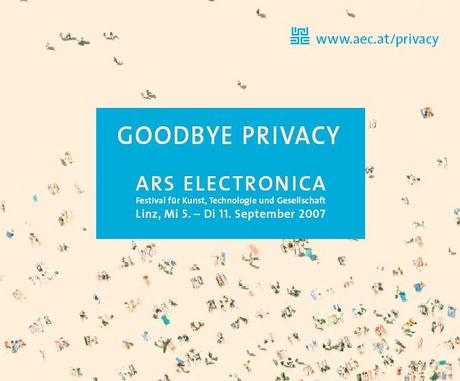