book, 216 pages. ‘Choose one piece of music one reason to live. This is the challenge posed by Julius Nil, Sunday nights on Resonance FM in London. Each episode, Nil invited one guest to choose one piece of music to listen to and talk about. one reason to live compiles fourteen insightful, inciteful, conversations with some of the most important and innovative figures in jazz, rock, classical, sound art, cultural theory, and philosophy. Guests include David toop, John Parish, Kaffe Matthews, Steven Connor, Eric Roth, Scanner, Andrew McGettigan, Brandon LaBelle, Simon Critchley, Esther Leslie, Andrew Morgan, Ken Vandermark, and Ben Watson. These conversations explore the diverse, imaginative ways in which we can or perhaps ought to make meaning and value of the music in our lives. Despite the divergent backgrounds of the participants, common concerns emerge: art and commerce; sociality and the self; the relation of form to content, and of form and content to politics, discipline and freedom. All in all, these discussions create a connect-the-dots constellation of current responses to the sonic arts. Julius Nil is the radionym of conceptual sonician, writer, and musician, Seth Kim-Cohen. With his bands Number one Cup and the Fire Show, Kim-Cohen has released seven albums and performed throughout North America and Europe. He has presented work at galleries throughout the U.S. and U.K. and curated a number of festivals and events, including Open Sound Systems, and Sound of Heaven and Earth, both at Tate Modern, London; and five editions of the Cardigan Festival in Chicago. He has published music and sound criticism on both sides of the Atlantic and earned his Ph.D. at the London Consortium in 2006. Seth Kim-Cohen is a Lecturer at the Yale University School of Art.’ 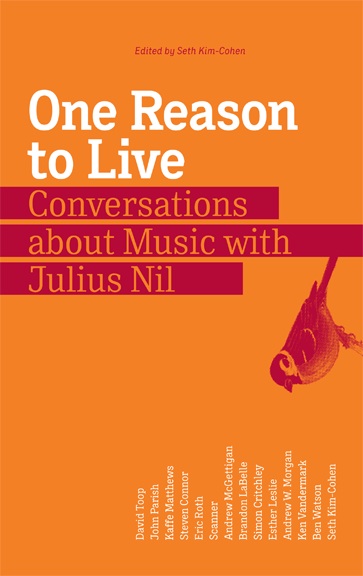