DRONE RECORDS LABEL CONCEPT: The label DRONE RECORDS has been established in January of 1993. It functions as a VINYL ONLY-label, releasing solely 7”es/E.P. s of international groups and artists from the wide area of experimental sound-creation, with a focus on “drone”-elements. The editions of the E.P. s will be at a first step limited to 250 or 300 copies in coloured or clear vinyl and later possibly be re-released in black or coloured vinyl when the first edition has sold out. The cover-artwork will always be HAND- or SELFMADE by the releasing artist, to offer full control over the product and a personal communication-approach to the listeners. The second editions will have printed covers usually. Drone Records as label-project works uncommercially and fights:
– against the capitalistic CD-industry
– for the preservation of vinyl
– against mass-production and for creative individuality
– for the preservation of an independently working Networking-scene to express new thoughts and ideas, society-criticism and unprejudiced art
Drone Records is especially focused on new atmospheric music that has a certain mind-challenging character, thus wanting to support the sensibility of the human senses. Drone Records releases music for the “right side” of your brain, which means: music for the Unconscious, for the irrational mind, for non-linear perception, creating an emotional communication without language. Music for a yet not realized reality…. 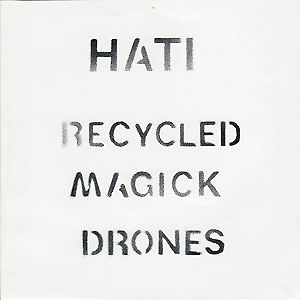