Anyone who knows anything about basic radio has at least heard the term “heterodyne.” If antique radio is your interest, you are likely to be familiar with the terms “neutrodyne” or “regenodyne.” A casual review of radio magazines from the 1920’s will reveal numerous lesser-known phrases like “strobodyne,” “metrodyne,” “tropodyne,” “peridyne,” and even “fremodyne.” It seems that the formula for a successful “high-tech” trade name in that era was to concoct some prefix and then append “dyne” to the end of it.

Now fast-forward about a half a century. In January of 1972, NBC Television aired the first episode of their hit sitcom Sanford and Son. The show’s plot was based upon the misadventures of Fred G. Sanford, an elderly junk dealer, and his adult son Lamont. The old man was grumpy, cantankerous, and scheming, though somewhere in the midst of all that he seemed to have a good heart. The son, often referred to as “big dummy,” was himself a decent fellow. He generally wanted to do the right thing, but he always found himself entangled in his father’s shenanigans. The end result was plenty of laughs and a great deal of entertainment. 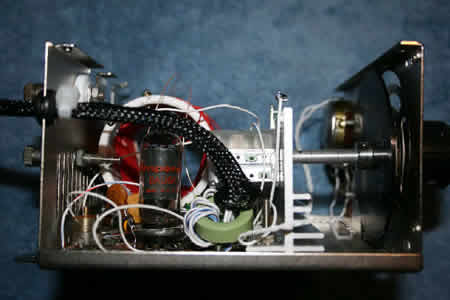