The Competition will award three prizes:

3) The Competition is to write a full score for:

Cello, and/or electric bass and orchestra.

The scores must not last more than ten minutes.

Since one of the main aim of the Competition is to create and develop links between different cultures, competitors can also include various musical styles belonging to folk, jazz, blues and rock traditions, at their own discretion.

The scores selected for the final awards ceremony will be performed live in Piazza Maggiore, Bologna, at the Concert on 2nd August 2007, as one of the commemorative events held in memory of the victims of terrorist attack, and will be included in the programs of the 2007 Festival Internazionale Mozart di Rovereto.

The competitors are requested to bear in mind that one of the main aims of the Competition is the performance of the winning scores in Piazza Maggiore. This means that the Jury will not consider those scores that are unsuitable for open air performance (even if performed through appropriate amplification).

4) The Mozart Special Prize will be awarded to that score which, respecting the subject of the Competition, (cello, and/or electric bass and orchestra) will contain explicit and unequivocal references to a work (chamber, symphonic, theatrical, and sacred) by Wolfgang Amadeus Mozart. Competitors are strongly advised to specify references on the scores, and which operas (or which parts of them) they quoted. The score awarded of the Mozart Special Prize will be included in the concerts program of Bologna and Rovereto. 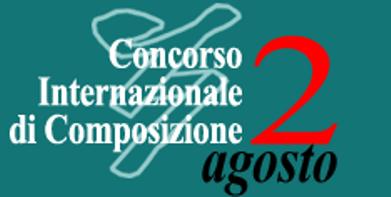