Nexsound has been dedicated to the unusual and experimental music, both acoustic and electronic, that could be of any style and trend released on CDs and MP3 files. The term that describes music released by Nexsound best is probably “environmental music”, and it is often like “indocile ambient”. Nexsound music envelops you, listening to it feels like immersing into the very special atmosphere that this music creates, and thus it is intended rather for private listening. We pay the very special attention to the package of CDs released, so they look and feel very nice.

Founded by Andrey Kiritchenko in 2000 in Kharkiv city / Ukraine, Nexsound is currently being operated by Dmytro Fedorenko (Kotra) as well. 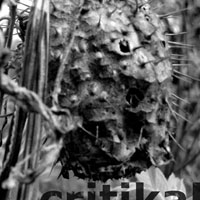