On rumba as a cartography of the Diaspora. Rumba is a transitory space, an international, transnational and post-national site in the making and unmaking of itself, in its performance. The geography of this site is the rumbos de la rumba, its different routes, directions, estadias in one locale and another, simultaneously when rumba is performed and fragmented by its relationship to location; once rumba is within and outside the barrio, solar, hood, ethnic group, place of origin and beyond. Rumba is its migratory condition. This world map is a world view that understand movement and sound as its epistemology. This site is the compilation of rumbas beyond place in the constant making and unmaking of place, nation and narration. 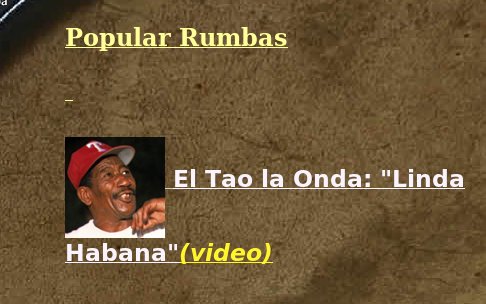