COMPETITION RULES:
1. The International Electroacoustic Music Contest of São Paulo (CIMESP – Concurso Internacional de Música Eletroacústica de São Paulo) happens each two years and is promoted by the Studio PANaroma de Música Eletroacústica da Unesp (State University of São Paulo), directed by the composer Flo Menezes. This seventh edition of the Contest in 2007 is open to composers of any nationality, from both Brazil and abroad, without age limit. As in the previous editions of the competition, no pieces realized at Studio PANaroma may be accepted.
2. Two kinds or categories of Electroacoustic Compositions will be accepted:
A) Acousmatic works of the tape music genre (i.e., composed for electroacoustic sounds alone – for 2 up to 8 channels – to be projected in the space of the concert through loudspeakers).
B) Mixed works for instrument(s) and/or voice(s) with electroacoustic sounds on fixed media (sur support) and/or live-electronics (real time sound transformation procedures).
3. Each contestant may present just 1 (one) work from about 7 to 20 minutes long, which was realized in the last 5 years. He/she must clearly indicate in the Entry Form in which of the categories his/her work belongs. 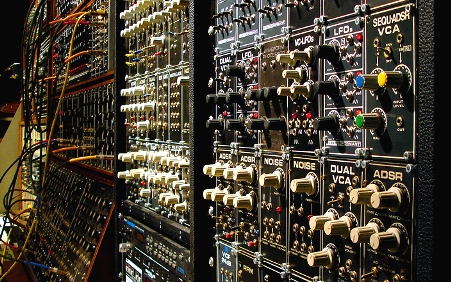