Stephen Vitiello is an electronic musician and media artist. Since 1989 he has collaborated with numerous artists, including Tony Oursler, Scanner, Pauline Oliveros, Nam June Paik, Tetsu Inoue and many others. CD releases include Bright and Dusty Things (New Albion), Scanner/Vitiello (Audiosphere/Sub Rosa) and the forthcoming collaboration with guitarist David Tronzo, Scratchy Monsters, Laughing Ghosts (Elision Fields). Stephen’s sound installations have been presented at the 2002 Whitney Biennial the Cartier Foundation, Paris in solo exhibitions at The Project, NY and Los Angeles. As a curator, he organized the Sound Art segment of ‘The American Century: Art and Culture 1950 – 2000’ for the Whitney Museum, and organized ‘Young and Restless’, a video program which toured to over 40 venues internationally, for the Museum of Modern Art in New York and the 2004 Kitchen Benefit featuring legendary composers including, Philip Glass, Steve Reich, Laurie Anderson and Meredith Monk. He was recently acknowledged as one of 25 “Movers and Shakers” in the art world by ARTnews Magazine.
>>>>>>>>
>>>>>
>>>
>>
> 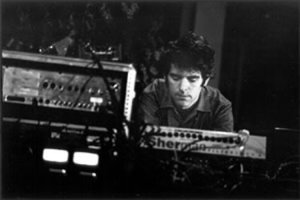