Sound shot
– A more sinister use of infrasonic waves is in the application of non-lethal weaponry.
– Since the 1950s, scientists have been developing infrasonic devices which produce acoustic waves in the 1 to 10 Hz range.
– Sound waves at these frequencies were found to vibrate internal organs, incapacitating opponents for hours, even days and sometimes leading to fatalities.
– The main difficulty in developing these types of weapon is the huge amplitudes required to make them effective, and then directing the waves to a specific point.

Early warning
– The huge destructive power of infrasound is apparent in nuclear explosions.
– Waves of infrasound can be detected 2,500-3,500 km away from a blast in under two hours using a monitoring network set up under the Comprehensive Nuclear Test Ban Treaty.
– The same network is used to monitor geophysical processes, such as earthquakes, volcanoes, avalanches and severe weather, which also produce the low frequency sound waves.
– Monitoring of such activity could give rise to advanced warning of catastrophic events saving thousands of lives across the world.

Deep burst
– Further investigation revealed that elephant calls range from 5 Hz (infrasonic range) to 50 Hz (audible range) and in the right conditions can travel many kilometres.
– Blue whales are also known to use infrasonic waves to communicate.
– Low frequency sound waves travel huge distances in water, allowing the whales keep in touch over hundreds, if not thousands, of kilometres.
– However, the underwater hotline is now under threat from noise pollution created by human sources such as ships, submarines and drilling operations, which create large amounts of infrasound in the depths of the ocean.
– Some whales are also thought to use huge bursts of infrasound to stun the mysterious giant squid, which have never been seen alive in their natural habitat, before devouring them. 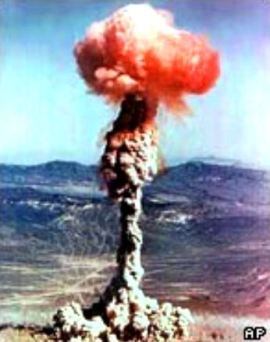