Dust-to-Digital was started in February 1999 by Lance Ledbetter, a twenty-three year old radio disc jockey at WRAS —the student-run voice of Georgia State University. Turned on to vintage 78 rpm records by the CD reissue of the Anthology of American Folk Music in 1997, Ledbetter decided to set out on a search for rare gospel recordings.

Four and a half years later, Goodbye, Babylon was released. The six CD box set was accompanied by a 200 page book and hand-packed with raw cotton in a wooden box. The response from music fans around the world was astounding, and Dust-to-Digital followed up the gospel set with Where Will You Be Christmas Day? in 2004. The record company was on its way. (Click here for a full discography of the label’s work.)

Dust-to-Digital plans to continue to release high quality reissues of rare, essential recordings with detailed texts describing the artists and their works. Who said there could be no such thing as a time machine? 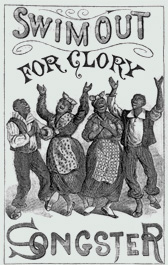