Erkki Huhtamo’s nails are blackened with data and images, from scratching around in the archeological foundations of new media. Along with other silent heroes such as Siegfried Zielinski, Huhtamo co-constructed this slippery discipline, finer than the sands of Gizeh. Immerging in the late 70s, it is influenced by, but in confrontation with, fragmentary postmodernism.

The archeology of new media leads to the study of plural histories, rather than History, which form the past, present and future of information, art and technology. It speaks of open-ended possibilities rather than finished stories. The archeology of media functions, in Huhtamo’s words, as “a conversational discipline, rather than as a locus for infallible truth”.1 These stories or possibilities are used as tools through which to discover the paths and directions of new media, replacing the academic idea of History as an impenetrable fortress of theory. There is no aspiration to objective status, instead the discipline seeks to mediate between past and present-future.

Archeology of media, as Huhtamo sees it, can, and should result in social critique. For example, the concept of immersion that he proposes is tied up with terms such as cultural industry, in the sense of a collective necessity to submerge ourselves in other realities, escaping that which surrounds us.

Huhtamo posits that the idea of individuals interacting, experimenting and living the unexpected with the same curiosity as a newborn became visible in the Renaissance – with its interest in perspective, optical illusions and related phenomena: zoetropes, kinetoscopes, stereoscopes, phonographs… The same concept is present in the ideal spaces created by marketing departments of the great multinationals: the symbolic world of “Malboro country”, the ethically-sweetened universe of Disney, or the vomit-inducing nice, clean, fun of “McDonaldsland”.

Erkki Huhtamo moves shovelfuls of bits and dusts off old image machines, not to fill display cases with relics, but in search of cracks, continuities, to trace paths from the original cogs to the future engines of information.

Translation from the original Galician by: Natasha Crofton 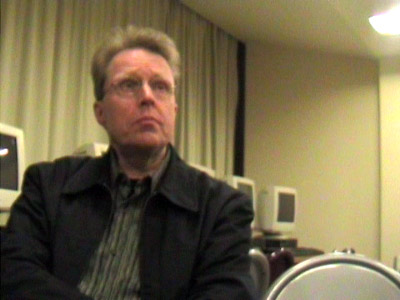