VINYL UPDATE
Starting February 2007 with the double vinyl album release of Cruise , and shortly followed afterwards by Birthdeath Experience and Total Sex , all Whitehouse albums are to be reissued as a limited series on high quality 180gm vinyl. More details to follow.

One of the 50 most influential groups ever according to Alternative Press
.Founded in London in 1980 .Featured as world’s #1 extreme music artists on BBC Radio One documentary earlier this year .Over 16 albums recorded .Over 130 live actions performed worldwide including Japan, North America, Australia and all over Europe 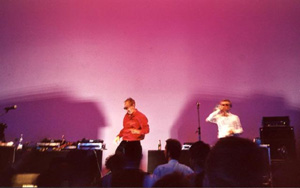