The Animal Sound Archive (German: Tierstimmenarchiv) is one of the oldest and largest collections of animal voices in the world. It was founded in 1951 when Günter Tembrock recorded a wild tawny owl in the garden of the institute of zoology. The aim of the collection was the scientific documentation of animal voices as one expression of animal behaviour. In the first years the work was focussed on the vocal behaviour of red foxes. From January 1952 until April 1966 Günter Tembrock documented the vocalizations of red foxes on 345 tapes with a total duration of more than 20 hours. In 1958 under the direction of Günter Tembrock a motion picture on acoustic communication on red foxes and other canids was produced. It was worldwide the first film with special attention on acoustic behaviour of animals. 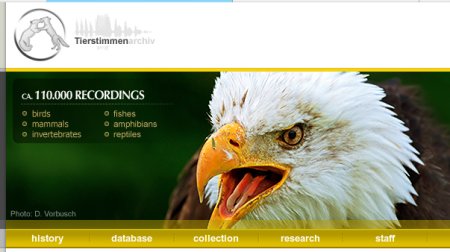