“An inquiry into the ways that digital technologies have effected music production, both in popular forms as well as in more rarified modern composition, the project examines a brief but tumultuous history that in 30 years has brought us the sampler, MIDI, cheap synthesizers, the compact disc, personal computers, and the World Wide Web.

In an ongoing series of music compilations, each concentrating on a technologically transitional but culturally ill-defined moment within this recent history, Price suggests how production tools have changed music, both in distribution and who controls it as much as in structure and sound.

These moments so far include the growth of the early video game sound track as a musical form; the “New Jack Swing” era, when pop producers began really tightening their hold on rap and hip hop; the consolidation of experimental Industrial music into beat-oriented dance genres; and the first years of the sampler, when the technology was embodied in machines of such expense that only institutions like university composition labs could afford them.

These compilations have each been released in various audio formats and packaging designs, occasionally with changing titles. Some have been available cheaply in bookstores, museum shops, or on the internet, while others have been self-published or produced as limited art editions. As an accompaniment to each, Price has written an essay on the music in question and published it in a magazine. These pieces take rough cues from the music, and range in style from the tersely schematic to the base journalistic to the more abstractly theoretical.

As a mass form operating outside commercial channels, the mix tape seems to stubbornly and perversely retain its purchase on the imagination long after actual mix-tapes have slipped free of storage constraints and lost any clear definition. This is evident in recent aggregation phenomena such as “celebrity play lists”, consumer my-favorite-genre lists posted to shopping sites, podcasts, or mixes freely available on specialist file-sharing blogs (which themselves often focus on musical moments presented as obscure or lost; these sites must be seen as generously redemptive gestures).

The need for such gentle but total recommendation, i.e. a packaging with no form, a package constituted mainly of taste, has always been with us, but seems only to increase with the decline of previously important guideposts like the music video, the niche radio station, and, above all, physical packaging itself.” – Distributed History 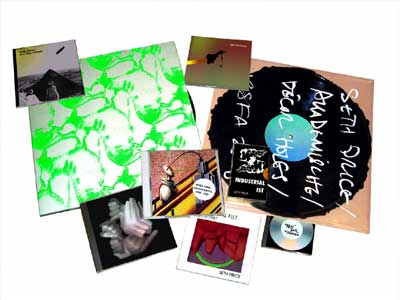