The Early Films of Peter Greenaway

“He has other reputations as well – as an academic, as a maker of curious artefacts, as a cataloguer of the bizarre and as a librarian of the absurd.”
Peter Greenaway might well have been describing himself in this thumbnail sketch of Canton Remodell, a character in an unmade project.
Originally trained as a painter at Walthamstow College of Art, Greenaway is among the most ambitious and controversial avant-garde film-makers of our time. Heavily marked by theories of structural linguistics and philosophy, his films reject formal narratives in favour of impactful imagery, hidden meanings and an obsession with lists and cataloguing.
In conjunction with four bfi DVD releases, this site gives you the opportunity to explore the work of Peter Greenaway: from his inventive early shorts (1973-1978) which established the obsessions that run through his later work, to the feature films – The Draughtsman’s Contract and A Zed & Two Noughts – that marked his arrival as a highly significant avant-garde director. 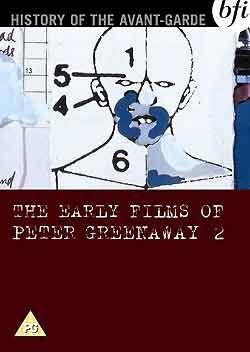