Hans Peter Kuhn is a sound artist and composer. He was born in Kiel (Germany) he lives and works in Berlin. He started his artistic career as early as the age of 6 when he performed in the theatre class of his school. Being 14 years old he initiated his first Rock’n’ Roll band and in 1975 he started his professionell career at the Schaubuehne am Halleschen Ufer in Berlin (now Schaubuehne am Lehniner Platz).

There he worked as a sound engineer on the productions of Peter Stein, Klaus-Michael Grueber, Luc Bondy and others (e.g. “Shakespeare’s Memory”, “As You Like It”, “Winterreise”, “Die Wupper”).

In his last season at the Schaubuehne he got together with Robert Wilson and they created “Death, Destruction & Detoit” as their first collaboration which was to be followed by about 30 other productions in the next years. These coproductions include not only theatre pieces but also videos and installations. 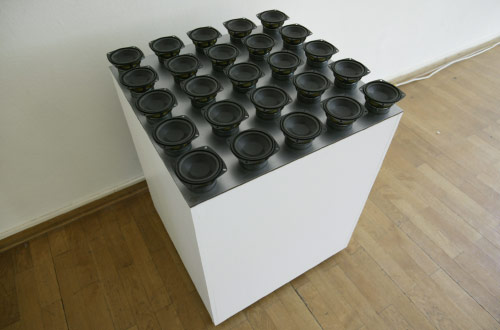