AudioGames.net is a site dedicated to audio games (games based on sound) and blind-accessible games. Originally this site started out as a database of audio games only, but due to the massive response of the blind community, we’ve broadened the scope of the website. On this website you can find:

What exactly is an audio game? 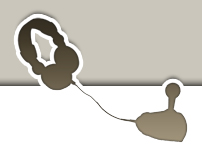