Blank Forms is pleased to announce the official formation of The Maryanne Amacher Foundation and the donation of her archival material to The New York Public Library for the Performing Arts at Lincoln Center.

Assembled shortly before her death in 2009, Maryanne Amacher’s archive contains a wealth of knowledge and research potential that promises to be a source of interest and inspiration for generations of artists and scholars to come. Much of the material was organized by Amacher herself, including for example, a critical collection of documents that she felt to be her most important works and writings representing various periods, as well as annotated drafts, project notes, performance materials, ephemera, audio versions dating to the early ’60s, and more. In addition to notebooks, scores, sketches, and other papers, the archive consists of over 1,000 reel-to-reel tapes, hundreds of cassettes, DATs, floppy disks, videos, and audio in other various formats. The collection also includes oversize papers such as original concert posters and drawings, a miscellany of personal artifacts, and a collection of electronic music tools, some rare and custom-made, which the Foundation will house and repair.

Blank Forms has been dedicated to preserving and thinking through Maryanne Amacher’s legacy since our inception. Our first events, in March of 2016, were the inaugural installments of Labyrinth Gives Way to Skin, a series of in-depth seminars and listening sessions centered around Amacher’s work and intended for the dedicated scholar and casual listener alike. Blank Forms has since hosted three additional pairs of these hybrid presentations in an effort to think through Amacher’s materials collectively and publicly—while offering participants different degrees of engagement with the material. In 2017, we presented the American premiere of Amacher’s 1991 piano piece Petra, the recordings of which we have since published as a CD and LP. Also in 2017, our revitalization of Adjacencies, Amacher’s 1965 piece for percussion and electronics, at The Kitchen marked the first time the work had been performed since 1966. Although the bulk of our Amacher events have occurred in the vicinity of New York, last year Adjacencies was also performed at CalArts’ REDCAT Theater and Philadelphia was home to Perceptual Geographies, a holistic four-day celebration of Amacher’s work that brought together performances of Petra and Adjacencies with a large-scale interpretive architectural installation by Supreme Connections, as well as an introduction to Amacher’s life and practice and a comprehensive seminar delving into the still unpublished theoretical underpinnings of her oeuvre.

“Bringing the Maryanne Amacher collection to the Library for the Performing Arts is hugely exciting,” said Jonathan Hiam, Curator of the Music & Recorded Sound Division at The New York Public Library for the Performing Arts. “Her collection provides a fascinating glimpse into the creative process of a truly unique artist. Making this collection available alongside our other holdings of Amacher’s peers and collaborators, like John Cage, also gives the public an understanding of the creative community she thrived in and influenced. We’re looking forward to seeing how researchers and artists use the collection to find inspiration and understand Amacher’s history and legacy.”

“We are thrilled to collaborate with the The New York Public Library for the Performing Arts in ensuring the preservation and continuation of Maryanne Amachar’s singular work,” said Blank Forms Director Lawrence Kumpf. “Blank Forms was founded with the mission of establishing new frameworks to preserve and present the time-based and interdisciplinary practices of underrepresented experimental artists like Maryanne Amacher. Standard methodologies developed around painters or orchestral composers, for example, are insufficient to capture the more ephemeral practices now pervasive in a post-disciplinary production. Working with Amacher’s archive has represented a unique opportunity to explore these new models for archiving the composers of the future and may serve as a prototype for other composers and artists of her generation”

To celebrate the formation of The Maryanne Amacher Foundation and the donation of her archival material, Amy Cimini and Bill Dietz will lead a conversation about the archive and present highlights from the collection on Thursday, March 12th at the Library for the Performing Arts.

About Maryanne Amacher
Maryanne Amacher (1938 – 2009) was a composer of large-scale fixed-duration sound installations and a highly original thinker in the areas of perception, sound spatialization, creative intelligence, and aural architecture. She is frequently cited as a pioneer of what has come to be called “sound art,” although her thought and creative practice consistently challenges key assumptions about the capacities and limitations of that genre. Often considered to be a part of a post-Cagean lineage, her work anticipates some of the most important developments in network culture, media arts, acoustic ecology, and sound studies.

About The New York Public Library for the Performing Arts, Dorothy and Lewis B. Cullman Center
The New York Public Library for the Performing Arts houses one of the world’s most extensive combinations of circulating, reference, and rare archival collections in its field. These materials are available free of charge, along with a wide range of special programs, including exhibitions, seminars, and performances. An essential resource for everyone with an interest in the arts — whether professional or amateur — the Library is known particularly for its prodigious collections of non-book materials such as historic recordings, videotapes, autograph manuscripts, correspondence, sheet music, stage designs, press clippings, programs, posters and photographs. The Library is part of The New York Public Library system, which has 92 locations in the Bronx, Manhattan and Staten Island, and is a lead provider of free education for all.

About Blank Forms
Blank Forms is a non-profit organization dedicated to supporting emerging and underrepresented artists working in a range of time-based and interdisciplinary art practices, including experimental music, performance, dance, and sound art. We aim to establish new frameworks to preserve, nurture, and present to broad audiences the work of historic and emerging artists. Blank Forms provides artists with curatorial support, residencies, commissions, and publications to help document, disseminate, and advance their practices. 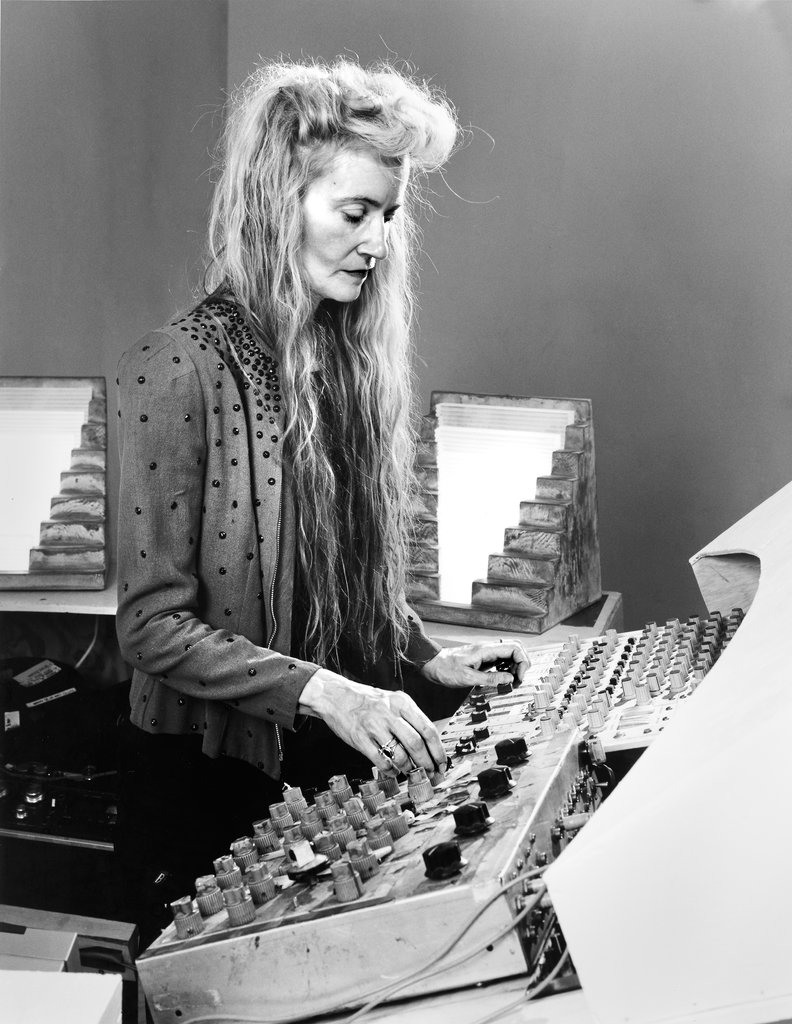