Literal:
Andrea Polli’s artwork resides in the intersection between art and science, and is related to perception and cognition, complexity science, and human behavior. Her projects are hybrids that feed into multiple areas of research and often offer new ‘readings’ of data produced by natural systems. Her works include a system that uses the Lorenz attractor as a structure to guide human / computer musical improvisation (1992) and a performance technology project, started in 1996 and titled Intuitive Ocusonics, which is a system for performing sound by using eye movements. Recent projects include the installation and digital print series The Fly’s Eye (2002), which deconstructs the video image through a live movement and light analysis inspired by insect vision. Andrea currently works in collaboration with meteorological and environmental scientists to develop systems for understanding the weather and the impact of climate on the future of human life through listening. 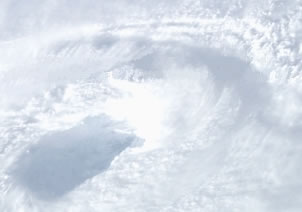