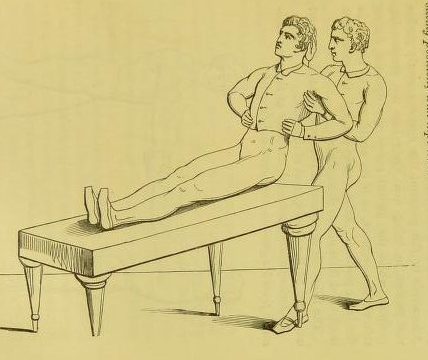 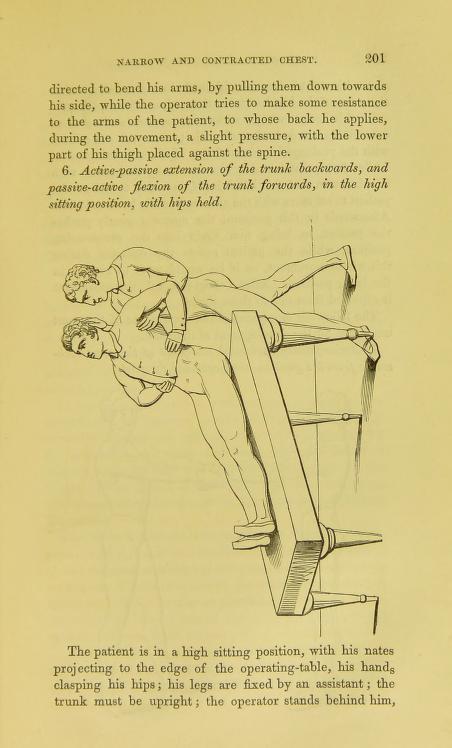 “Have you ever thought about speaking aloud or singing as active exercises for strengthening the body? This was a commonly shared supposition amongst physicians in 19th century Britain where physical education gradually took its shape during the century. Physicians took part to the conversation of physical education and the urgent need of it, and suggested different scientifically proved forms of exercises in order to make people healthier and happier

In the health guide called “The Prevention and Cure of Many Chronic Diseases by Movement” from 1851, Mathias Roth introduced readers to different kinds of exercises that should cure one’s diseases. Several of these exercises indeed follow my definition of sonic exercises; according to Roth, those sonic exercises would cure or affect surprisingly many diseases. Generally, sonic exercises were based either on strengthening the abdominal muscles, the chest, and ‘the organs of voice’, or on expanding the lungs. For example, a lateral curvature of spine, ‘in which the convexity of the upper curvature is to the right’ (Roth 1851: 252), could be cured by resting on the right side while reading aloud or singing. For doing so, the left lung would be more activated and consequently would diminish the hypertrophy of the right lung”.