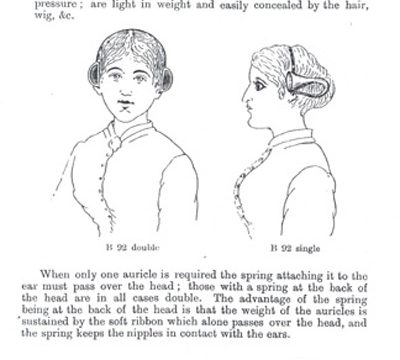 Deafness in Disguise presents images, illustrations, advertising pamphlets, trade catalogs, patents, rare books and other material pertaining to mechanical and electrical hearing devices from the 19th and 20th centuries. Of particular focus in this exhibit are hearing devices that were designed for concealment or camouflage within everyday items.

The Deafness in Disguise exhibit was originally a collaborative project between Central Institute for the Deaf (CID) and the Washington University School of Medicine Bernard Becker Medical Library, incorporating hearing devices, archival material and rare books from their respective collections. It was launched in 2002, coincident with the Annual Meeting of the Alexander Graham Bell Association for the Deaf and Hard of Hearing, held in St. Louis in the summer of 2002. Involved with this project were William Clark, Arnold Heidbreder, Kim Readmond, Cathy Sarli, Brent Spehar and Rosalie Uchanski from CID, and Barbara Halbrook, Russ Monika, Philip Skroska, Lilla Vekerdy and Ed Walter from the Becker Library. 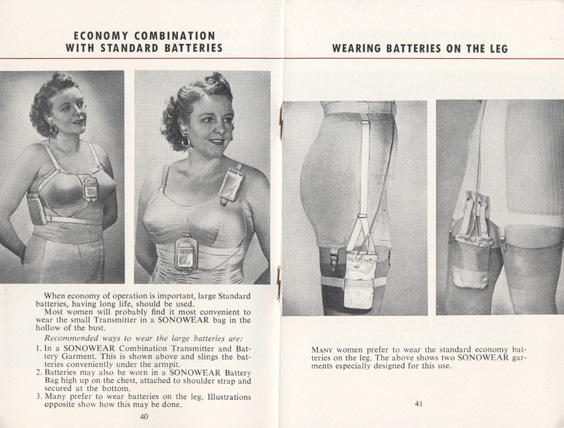