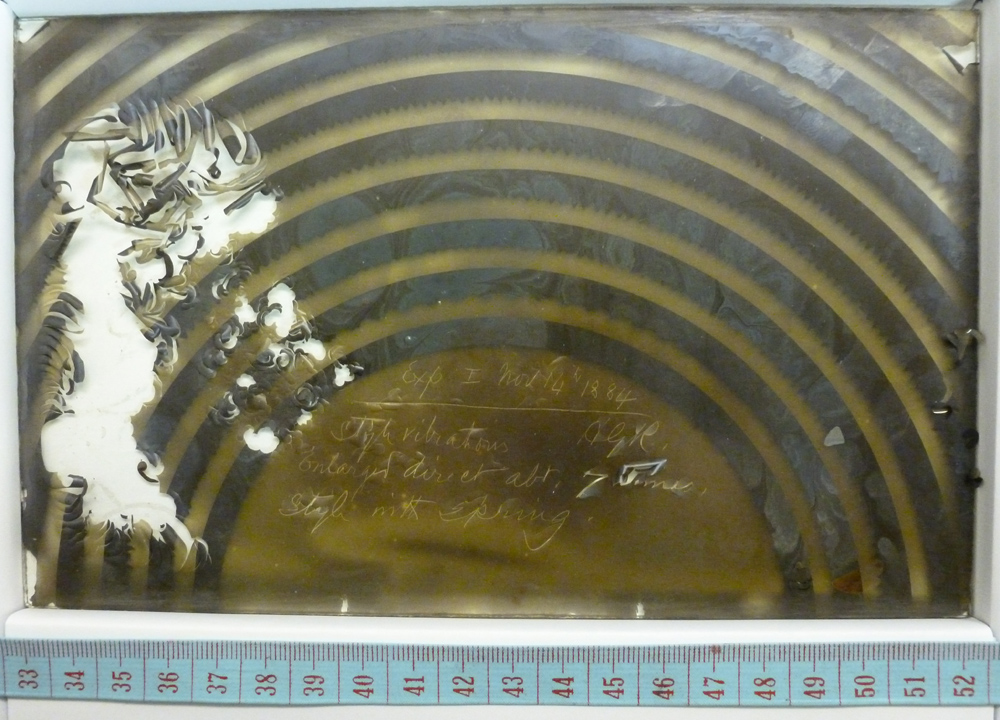 Histories of electronic musical instruments typically jump from Elisha Gray’s musical telegraph (1874) to Thaddeus Cahill’s telharmonium (ca. 1895) and associate the transition between them with one crucial development. In Gray’s musical telegraph, each musical note had corresponded to a simple electrical signal at a single frequency. In Cahill’s telharmonium, by contrast, signals generated by multiple tonewheels were combined to produce complex timbres through additive synthesis, bringing electricity to bear on sound quality. The synthesizer Bell proposed in 1884, midway in time between those two other inventions, was supposed to generate sounds electrically and to control their quality, which was in fact the whole point of it. He never built the contraption he’d imagined, unlike Gray and Cahill, but conceptually his idea appears to represent some rather significant firsts. Source: Patrick Feaster