souns is an ambient project from vancouver-based DJ/producer/promoter michael red. ‘lights’ came out of the source material created exclusively for an event michael put together for newformsfestival 04. the event, simply titled ‘a sound event’, was successful in creating a fusion between modern electronic music and ancient healing sound. happening in four movements, the most intensive healing work happened in the second and third movement. ‘lights’ are the drones used in these two movements and have not been altered. tracks one through eight were used in conjunction with crystal bowls sounded by christine duncan, with additional sound from anomalous disturbances, and follow the chakra system from root to crown. track one represents chakra one, track two is chakra two, and so on. track eight represents the first harmonic of the root chakra and doubles as the possible eighth chakra as well. each track contains the elements, sounds and the artist’s interpretation of the essence of the corresponding chakra. […] 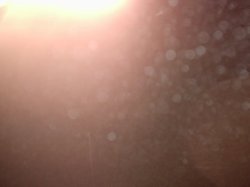