LITERAL:
Music and the Brain

What is the secret of music’s strange power? Seeking an answer, scientists are piecing together a picture of what happens in the brains of listeners and musicians

Music surrounds us-and we wouldn’t have it any other way. An exhilarating orchestral crescendo can bring tears to our eyes and send shivers down our spines. Background swells add emotive punch to movies and TV shows. Organists at ballgames bring us together, cheering, to our feet. Parents croon soothingly to infants.
And our fondness has deep roots: we have been making music since the dawn of culture. More than 30,000 years ago early humans were already playing bone flutes, percussive instruments and jaw harps–and all known societies throughout the world have had music. Indeed, our appreciation appears to be innate. Infants as young as two months will turn toward consonant, or pleasant, sounds and away from dissonant ones. And when a symphony’s denouement gives delicious chills, the same kinds of pleasure centers of the brain light up as they do when eating chocolate, having sex or taking cocaine.
Therein lies an intriguing biological mystery: Why is music–universally beloved and uniquely powerful in its ability to wring emotions–so pervasive and important to us? Could its emergence have enhanced human survival somehow, such as by aiding courtship, as Geoffrey F. Miller of the University of New Mexico has proposed? Or did it originally help us by promoting social cohesion in groups that had grown too large for grooming, as suggested by Robin M. Dunbar of the University of Liverpool? On the other hand, to use the words of Harvard University’s Steven Pinker, is music just “auditory cheesecake”–a happy accident of evolution that happens to tickle the brain’s fancy? 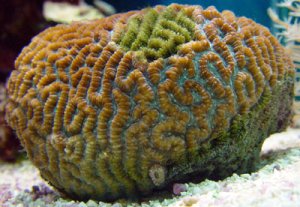