The Cronotopos is defined by Mikhail Bakhtin (writer 1934\1985) “a time-space”, that is a kind of interconnection, through that it is possible to describe, at the same time, an historical and imaginary time and space.

The listener can live again the sonic exploration of PLEO and URKUMA recordings. Every sample is assembled obtaining a single track, made by “fade-in and fade-out” technique.It is a “sonic-safari” through nature, buildings, streets, pre-recorded bells, aqueduct, dogs, voices, silence. 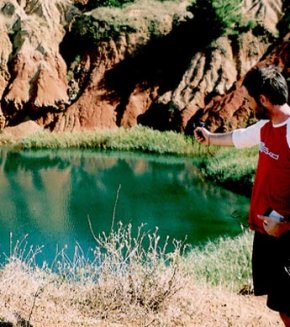