The man who listens to the sounds of the deep sea

The oceans are full of noise – both natural and man-made. In this video, researcher Michel Andre explains how he is trying to make sense of how our sounds have such far-reaching effects on the whales sharing our seas.

Before humanity began to explore the ocean in earnest, it was thought the world beneath the waves was a silent one. That couldn’t be more wrong.

Sound travels five times as fast underwater as it does in air. Along with the natural sounds – the calls of whales and dolphins, schools of fish, the myriad of life lurking on the bottom – humanity has added to the cacophony.

Michel Andre of the Technical University of Catalonia, BarcelonaTech (UPC) says the noise of ships can be more than annoying to whales – it can be deadly. The French bio-acoustician says the amount of noise can desensitise the whales over time, making them more likely to swim into the path of a ship – with possibly fatal results.

Andre has been trying to understand how sound travels in the water, and what can be done to prevent such deaths.

The Sense of Silence Foundation

Listening to the Deep Ocean Environment 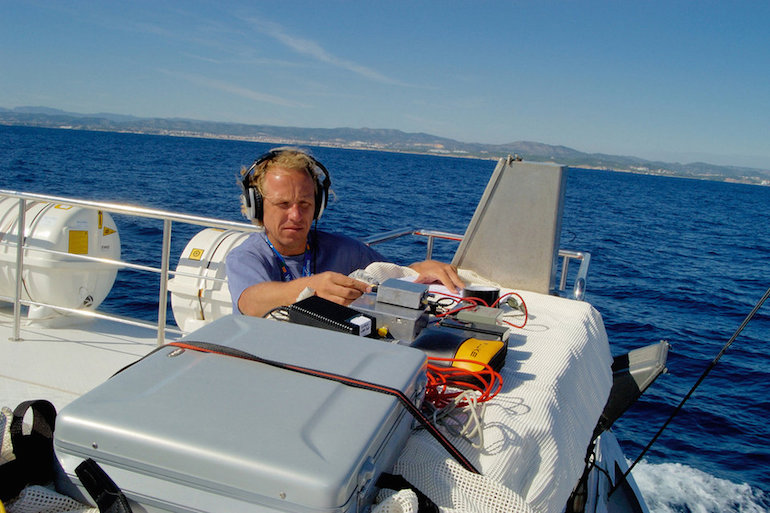