Recent research reveals that giraffes (Giraffa camelopardalis sp.) exhibit a socially structured, fission–fusion system. In other species possessing this kind of society, information exchange is important and vocal communication is usually well developed. But is this true for giraffes? Giraffes are known to produce sounds, but there is no evidence that they use vocalizations for communication. Reports on giraffe vocalizations are mainly anecdotal and the missing acoustic descriptions make it difficult to establish a call nomenclature. Despite inconclusive evidence to date, it is widely assumed that giraffes produce infrasonic vocalizations similar to elephants. In order to initiate a more detailed investigation of the vocal communication in giraffes, we collected data of captive individuals during day and night. We particularly focussed on detecting tonal, infrasonic or sustained vocalizations. 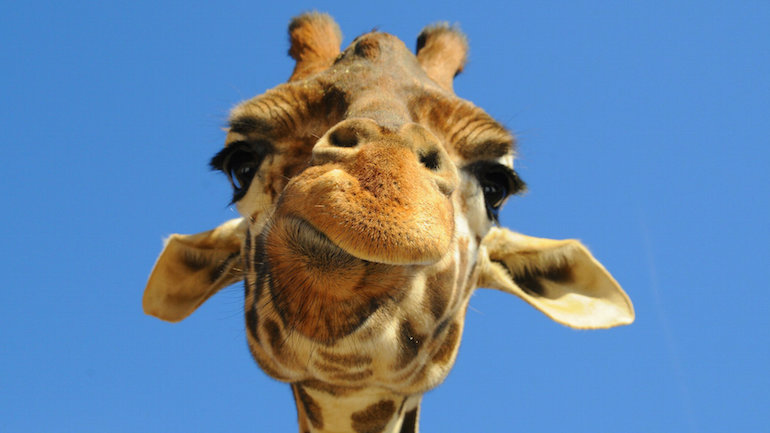