Each of the five sections of Trap Studies explores a different fundamental element of the Trap compositional style. Every drum fill in section IV. was transcribed verbatim from different tracks, almost exclusively produced by Lex Luger or Zaytoven. Little effort was made to render this presentation “musical,” the fills are presented individually without the satisfaction of the release of their inevitable “drops,” as they have come to be known, separated by silences like a series of self-similar works displayed in a gallery.

All sounds used are samples taken from the “Trap Sample Pack” found by searching those exact words on Google and downloading from the first website given, with the exception of the bass drum sound from the second II., which is supplemented by a generated sine wave of varying pitch, the string sound from the section III., which is General MIDI Patch #45 (Tremolo Strings), and the initial vocal sample (English speakers please note pronunciation), which was generated using Google Translate. 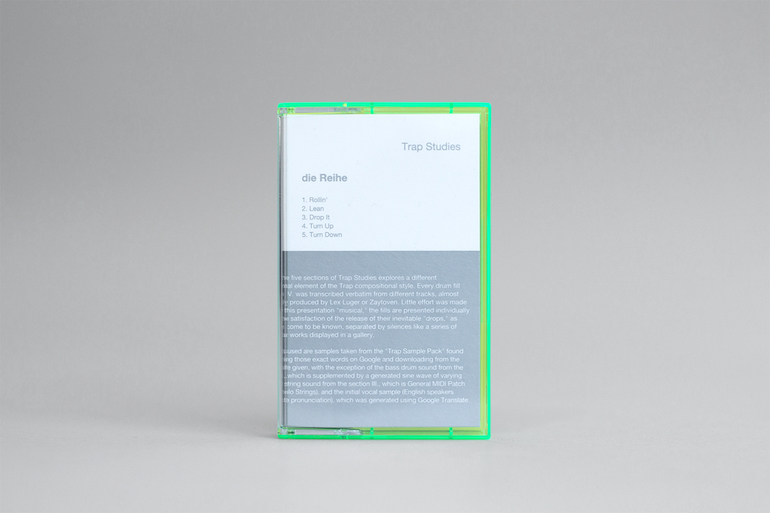