This landmark cassette recording by leading US ornithologist Theodore A. Parker III, aka Ted Parker (1953–1993), has been made freely available by Cornell Lab in 2013 as a testament to its exceptional interest as an aural document of rarely spotted species in remote places of the Peruvian rainforest. The 32 tracks on Voices of the Peruvian Rainforest include birds, frogs and monkeys. Additionally, more than 10,000 of Parker’s Neotropical bird recordings have been digitized by Cornell Lab and archived online here.

As a Louisiana State University associate, Parker made his first field trip to Peru in 1974, aged 21. He discovered, identified and documented many Neotropical species in his influential writings of the 1980s and led groups of ornithologists on bird tours in Peru. Though specialized in Neotropical birds, Parker was generally a prodigious birder able to identify almost any bird by its singing, be it on recording or on site. 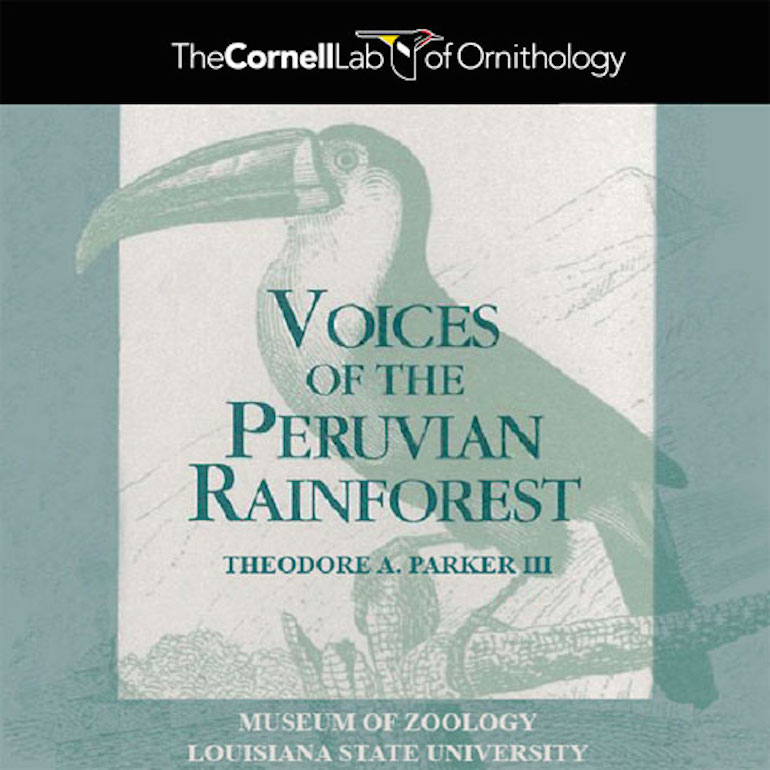