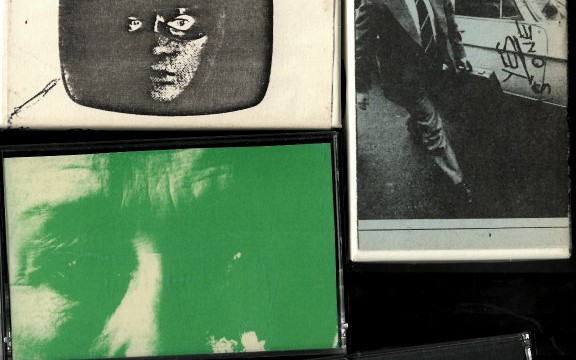 I am therefore pleased to report that poet Allen Fisher has generously donated to the British Library his personal treasure trove of 35 Balsam Flex cassettes – almost all of which have hitherto proved impossible to track down – with the promise of more to come if he can find them.

The Balsam Flex label was run by artist E. E. Vonna-Michell from an address in South West London, and was active in the late 1970s and early 1980s.

Information on the label being scarce I am grateful to Dr Will Montgomery of Royal Holloway, University of London, for allowing me to see a draft of his article ‘Balsam Flex: Cassette Culture and Poetry’, which is to be published by Palgrave Macmilllan as part of the book Modernist Legacies: Trends and Faultlines in British Poetry Today.