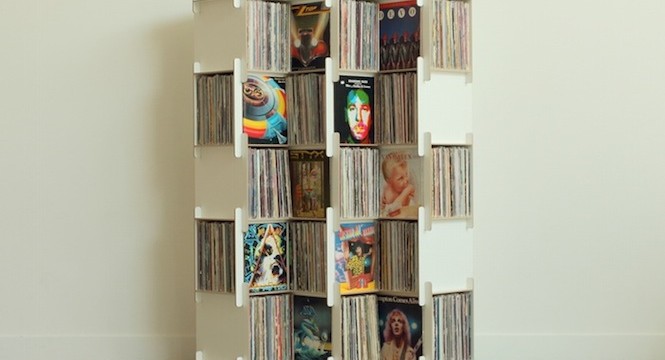 Shelving is a sensitive issue. When IKEA announced last year that they were discontinuing the Expedit range, record collecting experienced its very own #breaktheinternet moment. Its eventual replacement, the Kallax, has struggled to really capture the imagination. The truth is, it’s been a wilderness out there ever since.

Now Godar Furniture have launched a Kickstarter campaign to challenge IKEA’s dominance of the vinyl-storage market with Grow, a flat-pack modular shelving structure that allows you to create a vast number of variations to suit the size of your collection or the space you might hope to put it in. The Vinyl Factory