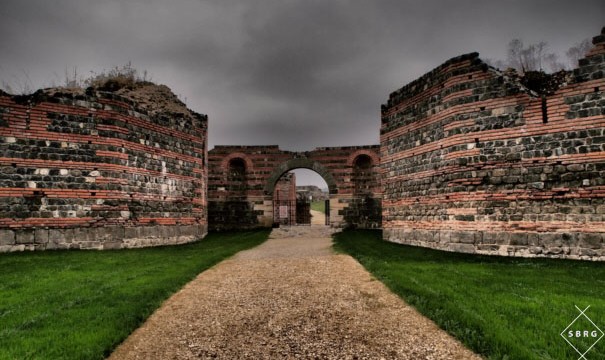 In November 2013, our research group and the Museum of Zaje?ar (Serbia) began a collaboration. Members of SBRG travelled close to the village of Gamzigrad to study the archaeoacoustic phenomena at the Roman imperial palace Felix Romuliana.

Felix Romuliana was built at the end of the third century AD by Gaius Galerius Valerius Maximus , emperor of the Tetrarchy, who ruled the empire from 305 to 311 AD. It was once part of the ancient Dacia and is situated in the southeast of Serbia, nestled amongst the hills a few kilometers from the town of Zaje?ar.

“Romuliana” comes from the name of the mother of the emperor, Romula, who lived there until the end of her life. According to the contemporary Roman historian Lattantius, Romuliana was a priestess of the cult of Cybele (the Great Mother) practising their rites at Felix Romuliana. Link