How to Prevent Hearing Loss

I’ve experienced bouts of fairly severe tinnitus on several occasions after a loud rehearsal or concert, and I know I’m not the only person who’s guilty of having been somewhat cavalier about hearing loss. Now that so many of us seem to spend half our time with headphones on or listening to car, stereo or TV speakers, a new generation of the hearing impaired is on the horizon, and many of us will be affected unless we start to pay more attention.

Hearing loss has been called a loss of intimacy, because as hearing acuity declines, the ability to pick out a voice over background noise is one of the first things to go. The hearing-impaired often sit there nodding politely, effectively zoned out from conversations because they get sick of asking, “What?” Another unfortunate aspect of hearing loss is that it tends to affect people who value music and sound more than anyone else, the price for spending so many hours listening to music. Worse still, most commonly available headphones force users to increase volume in order to hear music more clearly.

“If you have a field of grass and you walk on it, you compress the grass and it bends down over the night, and in a few days, it springs back up and is OK again. But if you keep doing that over and over, you wear a path in it. And that’s kind of what happens with hearing loss.” 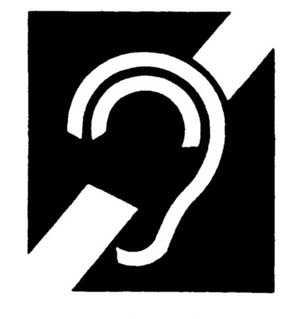