Antheil’s musical masterpiece Ballet mécanique was originally supposed to be a soundtrack to a film of the same name by the French Dadaist painter Fernand Léger and cinematographer Dudley Murphy. It is difficult to say who had the idea first: Antheil claims that in the fall of 1923 he announced he was beginning the piece, and was looking for an appropriate film “accompaniment,” but other sources say that the filmmakers were the ones who approached Antheil […] 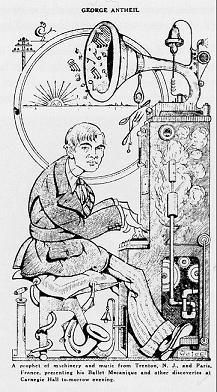