Dance music, pop, jazz, rock, rap, blues – there aren’t many genres which don’t carry an element of African ‘DNA’ somewhere in their make up. The music we love has its foundation in a blend of African and European sounds. We look at the influence of the continent known as the “birthplace of humanity”. 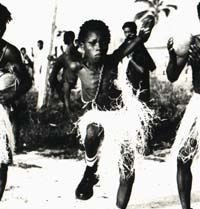