LITERAL:
The realization of these two improvisational live performances by Matt Borghi and Jason Sloan as a proper release has been a long time coming, and we at Kikapu couldn’t be more honored to be bringing these pieces to you now. Both tracks hover just below the half-hour mark, and both incorporate laptops, guitars, and field recordings. Jason Sloan has also produced a short video featuring footage from the recording sessions as an added bonus to this release.
This music is ambience at its purest and most engaging form. We are not in a position to say very much else about the release, as the music truly does speak for itself, but Matt Borghi has been so kind as to include a full set of liner notes to accompany the release, which are included below with the mp3’s and movie 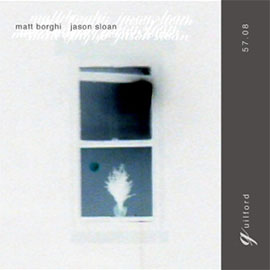