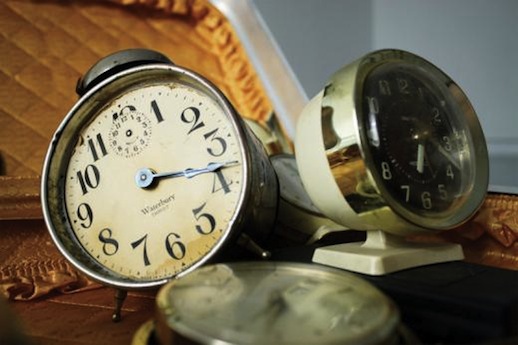 2010. It is a year which has been synonymous with past images of the future. Writers and commentators throughout the 20th century strove to depict 2010 as a shining example of a future framed by technological progress and social harmony.

Futurity is a concept that examines what the ‘future’ as a conditional and creative enterprise can be. At its heart lays the intricate need to counter political and economic turmoil with visionary futures. With FUTURITY NOW! transmediale.10 explores what roles internet evolution, global network practice, open source methodologies, sustainable design and mobile technology play in forming new cultural, ideological and political templates.

transmediale.10 invites artists, scientists, media activists, thinkers and visionaries to ask not what the future has in store for us, but what do we have in store for the future?
Curated Exhibition

Future Obscura brings together a group of diverse artworks which explore the complex condition of futurity through the lens of image-making. Clear boundaries of the time continuum are broken down by artists whose work allows us to peer into the “low light of the future”. As her curatorial departure point, guest curator Honor Harger explores the camera obscura, the historical apparatus in whose interior the image of an exterior scene can be projected. The exhibition presents the work of artists who re-work this mechanism artistically by appropriating the materials, mechanisms and machines of image-making. Future Obscura explores how the machines and materials of moving-image making capture, retain and reproduce our reality and so alter our sense of temporality.

The international Future Observatory will take place at the House of World Cultures in Berlin from 5 – 7 February 2010. Future Observatory brings together designers, media artists, net citizens, critical thinkers and researchers in order to create a network to lens the future. The conference intends to examine the interplay and tensions between the future as a cultural apparatus on the one side and the various economic, social and political processes and institutions on the otherions caused by this temporal superimposition.

More than 570 contemporary films and videos from 35 countries were submitted for transmediale.10. Round 30 outstanding works will form the heart of the film and video programme. Two additional programmes will address the festival theme FUTURITY NOW! from a historic perspective. This year’s film and video curator is Marcel Schwierin. Last but not least our Lebanese guest curator Rasha Salti will present a short film programme and outline the future of the independent Arabian film on the net.

The transmediale.10 Performance programme presents a range of concerts and events acting as auditory and performative interrogations of FUTURITY NOW!. Including six events in collaboration with CTM reflecting their theme ‘Overlap’, the concerts feature some of the most important figures working within music and sound today. Each night of the festival new, and in some cases rare performances by Ryoji Ikeda, artificiel, Jürgen Reble with Thomas Köner, Atom_TM, FM3_Zhang, and Feng Mengbo will highlight the most experimental intersections between audiovisual culture and digital art. Charlemagne Palestine will open the festival with a special performance written for one of the most unusual instruments in Europe – the Tiergarten Carillon. In addition, transmediale.10 Award nominees Sosolimited will unveil an entirely new work, using ground-breaking text and visual analysis tools, as a tandem live coding performance of the The Long Conversation.? At 19:00 each evening, the Cafe Global Stage at the House of World Cultures will be brought to life by a series of performances. transmediale is proud to present the world première of La Chambre Des Machines by Nicholas Bernier and Martin Messier, plus unique interpretations of works featuring Matthias Fritsch, Rachida Ziani and Dewi de Vree, and Andrea Lange. Some of Berlin’s finest talent in the form of Pe Lang, Benjamin Laurent Aman and Lord Cry Cry will close each evening with a special sound landscape exploring the post-avant-garde of audio culture.

The transmediale.10 Salon consists of three interdisciplinary strands – talks, projects and workshops – exploring FUTURITY NOW!. With a specific focus on free culture and process-based projects, the Salon will engage cultural thinkers and makers into conversations and actions that lay down future strategies for a global network age. In K1 at the HKW, this year, process-led Salon Projects will transform the HKW foyer into a ‘Futures Exchange’. Open activities, consultation sessions and project demonstrations will be running all-day, every day, throughout the festival. transmediale.10’s Salon Workshops feature opportunities for hacktivists and retoolers, makers and doers, to get their hands dirty with a series of artist-led sessions that aim to visualise, capture and experiment with the essence of FUTURITY NOW! In the public eye, the project will bring together stakeholders from the arts, science and business sectors and work on a business model for a cultural enterprise of the future.