“Electronic musician and sound artist Stephen Vitiello transforms incidental atmospheric noises into mesmerizing soundscapes that alter our perception of the surrounding environment. He has composed music for independent films, experimental video projects and art installations, collaborating with artists such as Nam June Paik, Tony Oursler and Dara Birnbaum. In 1999 he was awarded a studio for six months on the 91st floor of the World Trade Center’s Tower One, where he recorded the cracking noises of the building swaying under the stress of the winds following Hurricane Floyd. As an installation artist, he is particularly interested in the physical aspect of sound and its potential to define the form and atmosphere of a spatial environment.” 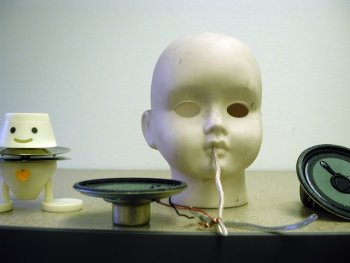