In Beyond Exoticism, Timothy D. Taylor considers how western cultures’ understandings of racial, ethnic, and cultural differences have been incorporated into music from early operas to contemporary television advertisements, arguing that the commonly used term “exoticism” glosses over such differences in many studies of western music. Beyond Exoticism encompasses a range of musical genres and musicians, including Mozart, Beethoven, Jean-Philippe Rameau, Maurice Ravel, Charles Ives, Henry Cowell, Bally Sagoo, and Bill Laswell as well as opera, symphony, country music, and “world music.” Yet, more than anything else, it is an argument for expanding the purview of musicology to take into account not only composers’ lives and the formal properties of the music they produce but also the larger historical and cultural forces shaping both music and our understanding of it.

Beginning with a focus on musical manifestations of colonialism and imperialism, Taylor discusses how the “discovery” of the New World and the development of an understanding of self as distinct from the other, of “here” as different from “there,” was implicated in the development of tonality, a musical system which effectively creates centers and margins. He describes how musical practices signifying nonwestern peoples entered the western European musical vocabulary and how Darwinian thought shaped the cultural conditions of early-twentieth-century music. In the era of globalization, new communication technologies and the explosion of marketing and consumption have accelerated the production and circulation of tropes of otherness. Considering western music produced under rubrics including multiculturalism, collaboration, hybridity, and world music, Taylor scrutinizes contemporary representations of difference. He argues that musical interpretations of the nonwestern other developed hundreds of years ago have not necessarily been discarded; rather they have been recycled and retooled. 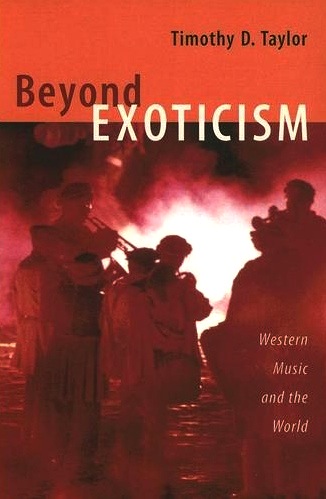