Created in the summer of 2008, Chicago Phonography is a loose collective of artists interested in promoting creative activity in listening by producing and broadcasting unprocessed field recordings as an ensemble in a context of live improvisation. Motivated by the maxim “nature performs and we provide the secretarial services” (R. Murray Schafer The Tuning of the World) alongside John Cage’s theories of chance operation, the Cut-Up Method of Brion Gysin, and the work of fellow field recorders The Seattle Phongraphers Union, Chicago Phonography seeks not to enliven or enhance reality, but rather to solicit a closer examination of Chicago’s aural environment.

Minimal effort is given by members of the collective towards assembling a unified or authoritative definition of the term field recording. Chicago Phonography exists only to edify an aural anthropology, and through performance, articulate the North American urban ambience, i.e. the increasing congestion of the modern metropolis, the alarming lack of human control over modern technology, and the pressing need to restore organic balance to everyday living. Any audio heard on this website is not intended for release or commercial purposes. 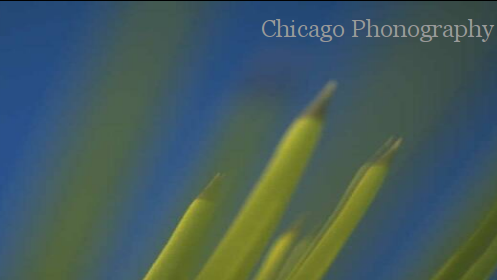