A entertaining and eye-opening pop-political documentary in which Vice journalists Eddy Moretti and Suroosh Alvi travel to Iraq in the hopes of locating the only heavy metal band in the country, Acrassicauda (named, of course, after a scorpion). Having played a great show following the fall of Saddam Hussein, the band is faced with the reality of staying together as their country falls into bloody insurgency. Acrassicauda refuse to let their heavy metal dreams die, and their story echoes the hopes of a generation of young Iraqis. 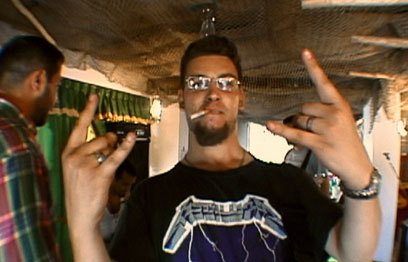