“In Errol Morris’s documentary “Standard Operating Procedure” an American soldier talks about employing music as a means of breaking down the resistance of enemy combatants during interrogations. They can withstand “Hip Hop Hooray” and “Enter Sandman‚” he says, but not country music. Most audiences will laugh at the line, but may check themselves mid-chuckle, wondering what it means that Americans are deploying their favorite music as a way of tormenting people of another culture.

The idea of using music in psychological warfare goes back to at least the Second World War, when Soviet forces under siege in Leningrad defiantly broadcast Dmitri Shostakovich’s Seventh Symphony into no man’s land and the Office of War Information relayed jazz and other democratic sounds into Nazi-occupied Europe. During the occupation of Germany, from 1945 to 1949, the Office of Military Government, United States (OMGUS), took control of German musical culture, discouraging nationalism and encouraging progressive approaches among younger composers. In the course of writing a history of twentieth-century music, I examined the records of OMGUS at the National Archives, and, while I was there, the invasion of Iraq began. The U.S. Army’s conspicuous disregard for Iraqi cultural heritage made for a stark contrast with the meticulous planning documented in OMGUS’s records […]”. 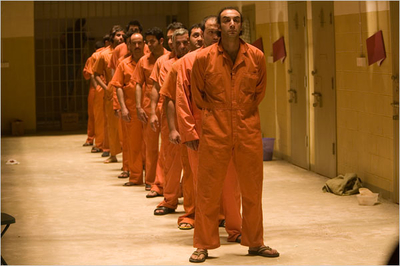