German composer Karlheinz Stockhausen has died at the age of 79.

Born in Modrath, near Cologne, the prolific musician wrote more than 300 works from orchestral pieces to pure electronic music during his career.

He also appeared on the cover of The Beatles’ Sergeant Pepper album – with Paul McCartney one of his numerous fans in the world of rock and pop.

The composer died in Kuerten, western Germany, on Wednesday, the Stockhausen Foundation announced in a statement.

Best known for his avant-garde electronic work, Stockhausen was an experimental musician who utilised tape recorders and mathematics to create innovative, ground-breaking pieces.

Electronic Study II, produced a year later, was the first work of electronic music to be notated and published.

But the composer rejected the idea that he was making the music of the future, writing in 1966: “What is modern today will be tradition tomorrow.”

Stockhausen’s most ambitious work was the seven-part operatic cycle Licht, each part of which is named after a day of the week.

It took Stockhausen 25 years to compose, beginning in 1977, and is due to be performed in full for the first time next year at The European Centre for the Arts Hellerau in Dresden, Germany.

The composer studied at the State Academy for Music in Cologne and the University of Cologne from 1947 to 1951.

In 1952 he went to Paris, where he worked under the composers Olivier Messiaen and Darius Milhaud.

Musicians such as Miles Davis, Frank Zappa and Bjork have cited him as an influence.

But he was not universally popular. The conductor Sir Thomas Beecham was once asked whether he had conducted any Stockhausen. He replied: “No, but I once trod in some.”

The composer also attracted controversy after the terrorist attacks on New York on 11 September 2001, which he reportedly described as “the greatest work of art there is in the entire cosmos”.

He apologised for the upset caused by the comments, but denied making the statement, saying he had been misquoted.

Stockhausen, who was married twice and had six children, will be buried in the forest cemetery in Kuerten. 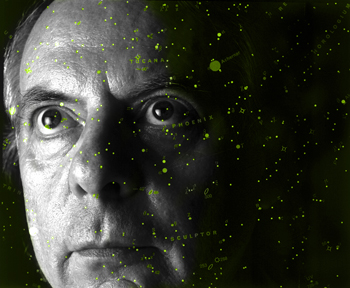