What happens when you splice the traditional logic of filmmaking with the logic of computer programming? The Soft Cinema Project is Lev Manovich and Andreas Kratky’s answer to cinema in the age of Google and globalization, and offers us films that can run infinitely without ever repeating the same image sequences, screen layouts and narratives. ‘Mission to Earth,’ the latest iteration of the project, is a variable database film assembled by software in real time. Every 23 minutes, a suave female voice tells her story of immigration from ALPHA-1 to Planet Earth, while the accompanying images reveal multiple angles and moments that can potentially change with every viewing. For Manovich, the variable choices and multi-frame layout of the Soft Cinema system represent the ‘variable identity’ of the modern day immigrant. ‘Mission to Earth’ is probably more relevant for recent immigrants to the world of new media, as a pleasant introduction to the aesthetics of the ‘software! age.’ At the Chelsea Art Museum (New York) until January 26, or on the ‘Soft Cinema’ DVD, available from MIT press by next month. 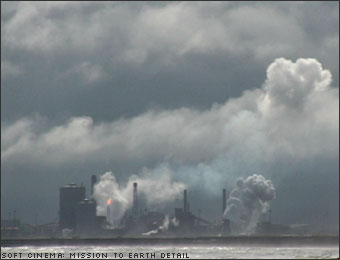