Guitar Drag by Christian Marclay is now being released on Neon Records. The record is actually the sound track for Marclay’s video with the same title that was shown first at London’s Hayward Gallery sound art exhibition “Sonic Boom” in 2000. The piece as well as Marclay has become an icon in sound art circles, and although the video can only be seen in exhibitions as an installation, it is widely known. The full 14 minutes sound track is released on a beautiful 12’’ clear vinyl record packaged in a sleeve with stills from the video. 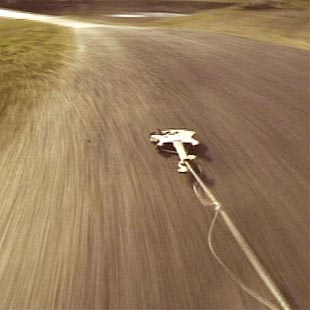