LITERAL:
http://www.engadget.com/entry/1234000873021451/
Apple is developing a firewire audio interface for GarageBand codenamed “Asteroid” or “Q97”. The breakout box will include multiple audio inputs, including two XLR microphone inputs. There’s speculation that it will either be a basic Airport Express-style white box or a full-fledged transport control box, but given its price, the former seems more likely. It will draw its power from the FireWire line and is expected to be be released in early 2005 for around $129. 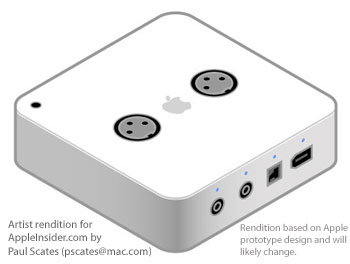